…And another Videogame changes my life.

So during these last few days of my Vacaville Summer, I’ve been doing a lot of CAGing around. I’ve picked up a decent load: 2 ‘Speed’ games (Sonic Rush for DS and F-Zero GP Legend for GBA) and 2 RPGs (Suikoden Tactics and DQ VIII). Sadly though, I missed my opportunity to get my dream… =(((

While browsing those sacred forums, I came across Lou-Dawg’s cool sig pic:

I know its kinda late… but the night of the World Cup I got something like this in my e-mail. Even after all has been forgotten, this stuff still gets a good laugh outta me. And I don’t even watch soccer that much (anymore… hehe)

I’ve also got Sly 2 and Beyond Good and Evil ($9.98 each) waiting for me back in San Diego. In order to get free shipping for it though, I picked up something I’ve had on my wishlist forever now. 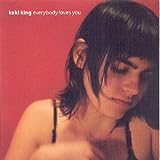 Kaki King – Everybody Loves You

I forget where I originally heard about her, and I didn’t even bother to listen to it again before I got it. Trusting my ULTRA KEEN sense in music impulse took over and I clicked blindly. Though the album’s a little short, (less than 40 minutes), “Everybody Loves You” has become one of my favorite chill-time albums. You’ve gotta listen to her play… its kinda hard to describe in words. So… here ya go!

Her style is hella refreshing… simply… man. Apparently she’s got a new album out too… gotta check that out.

Sadly though, this CD is the only gift I’ll be able to use for a while (cept for some threadless shirts), seeing that I bought games for systems that I don’t have yet.
I’m so silly sometimes.

As you can see… I’m getting there again.

I’ve been playing a lot of marvel again… that game just never gets old. 6 years and still strong! I’m currently trying to learn Sent/Storm/CapCom (yeah… I finally went to the darkside and dropped doom for capcom). I can’t fastfly for shit anymore!

Other than that… I’ve just been kickin it with Lyon, drinking New Castle, and trying to stay up with my routines.

Oh, here’s my new favorite song as of today: Dream Island Obsessional Park A kinda techno japanese adhan… or something. I wonder if it uses elements from traditional Japanese music forms…if so… it seems that’s what has caught my interest as of late.

Its from the Paranoia Agent anime… which is quite interesting in its own right, from what I’ve seen!

Apparently this game is the shit.

Exactly the wrong kinda thing to be posting around Finals.